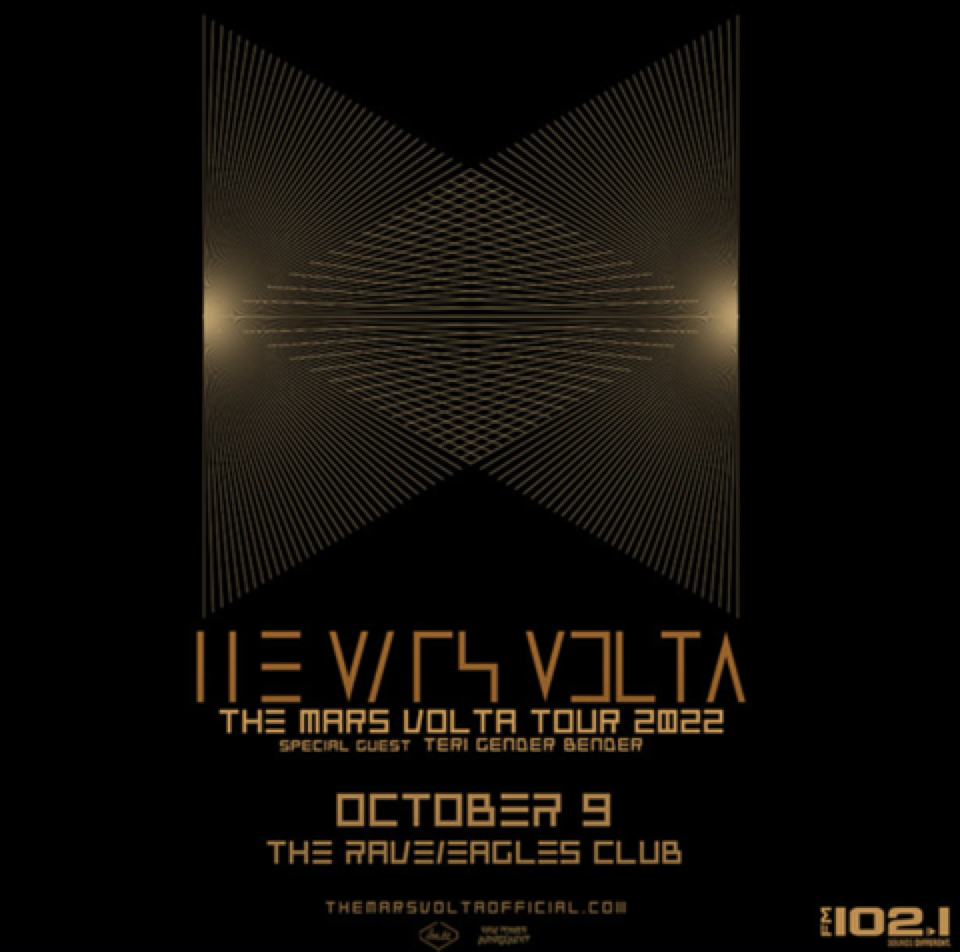 Formed by guitarist/composer Omar Rodríguez-López and singer/lyricist Cedric Bixler-Zavala, The Mars Volta rose from the ashes of El Paso punk-rock firebrands At The Drive-In in 2001. On a mission to “honor our roots and honor our dead”, The Mars Volta made music that fused the Latin sounds Rodríguez-López was raised on with the punk and underground noise he and Bixler-Zavala had immersed themselves in for years, and the futuristic visions they were tapping into. The albums that followed were one-of-a-kind masterpieces, their songs of breathtaking complexity also possessing powerful emotional immediacy. After the group fell silent, a legion of devotees (including Kanye West) kept up an insistent drumbeat for their return.
Now–a year after ‘La Realidad De Los Sueños’, a luxurious 18-LP box-set compiling their back catalog, sold out its 5,000 print run in under 24 hours–The Mars Volta is back.

ParqEx has got you covered for the Mars Volta concert. We’ve got several parking spaces all around The Rave/Eagles Club!