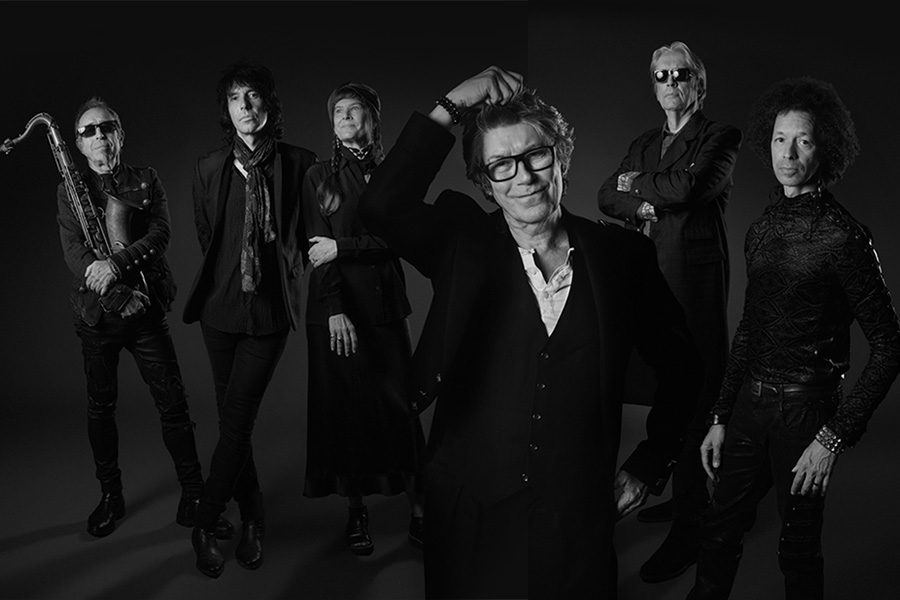 The Psychedelic Furs may not have invented rock & roll per se. Still, their influence since arriving on the post-punk scorched-earth landscape four decades ago has reverberated and resonated among those who cherish the sweet-and-sour spot where rawness and romanticism meet. Born out of the U.K. rock scene and led by vocalist and songwriter Richard Butler and his bass-wielding brother Tim, the Furs quickly developed as one of the premier bands at college and alternative radio, scoring a multitude of significant hits with “Love My Way,” “Pretty In Pink,” “Heaven,” “The Ghost In You,” and “Heartbreak Beat” in all releasing eight studio albums, spawning several compilations, a boxed set, a live concert DVD and inspiring one of the most iconic motion picture soundtracks of all time. Their latest release “Made Of Rain” became the Furs’ second highest-charting U.K. Album ever and was prominently featured in the end-of-year “Best Albums” roundup in many publications worldwide. The Furs especially thrive live in concert, having headlined the U.K.’s famed Glastonbury Festival, performing at sold-out gigs at California’s Hollywood Bowl, and continuing to tour quite regularly around the globe.

ParqEx has got you covered for the Psychedelic Furs concert. We’ve got several parking spaces all around The Sylvee!