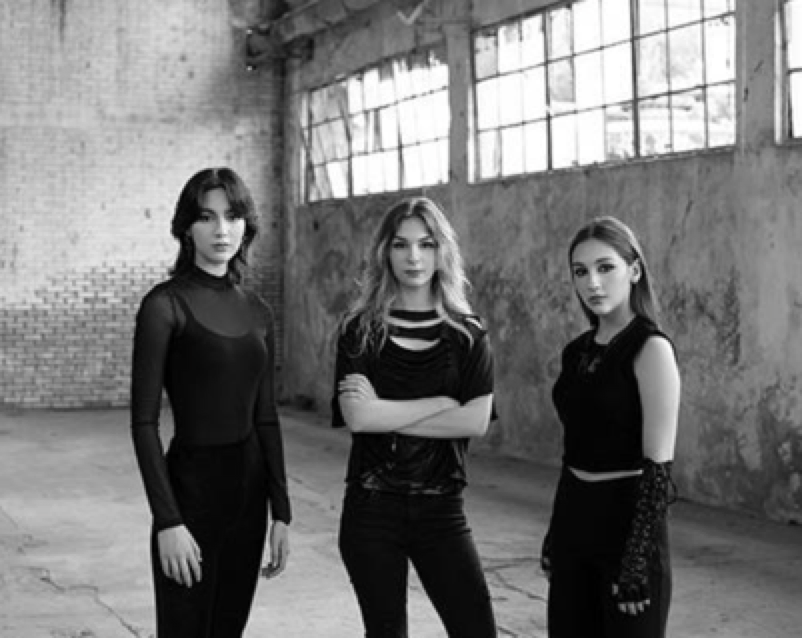 The Warning infuses rock music with a much-needed shot of adrenaline. The Monterrey, Mexico trio of sisters – Daniela “Dany” (guitar, lead vocals, piano), Paulina “Pau” (drums, vocals, piano), and Alejandra “Ale” Villarreal (bass, piano, backing vocals) – charge forward with head-spinning riffs, unpredictable rhythms, stadium-size beats, and skyscraping vocals. They stand out as the rare presence at home, on network television, and stage at Heaven & Hell Festival. After exploding online with one viral moment after another, The Warning parlayed this momentum into a series of independent releases, including Escape the Mind EP (2015), XXI Century Blood (2017), and Queen of the Murder Scene (2019). They graced a stacked bill at Mother of All Rock Festival as the only Mexican band and opened up two sold-out Monterrey shows for The Killers and Def Leppard in Mexico City and Guadalajara. After quietly amassing over 120 million YouTube views and 10 million streams, they’ve already surged to the forefront of hard rock on their LAVA Records debut single “CHOKE,” which, right out of the gate, “CHOKE” cracked one million-plus streams. They might be the only group in history to earn the respect of legendary rock tastemaker Matt Pinfield who hosted them for an interview, and their music peers Olivia Rodrigo and Willow praised Pau’s drum covers of their songs “brutal” and “transparent soul” on Tiktok. The Warning was selected by Metallica to cover their classic “Enter Sandman” with multiplatinum pop superstar Alessia Cara for The Metallica Blacklist, which was released in September. Shortly after, the band released their LAVA/Republic 6-track MAYDAY EP on October 8th that features additional tracks “EVOLVE,” “Z,” ANIMOSITY,” “DISCIPLE,” and “MARTIRO” (delivered in their native Spanish). In the upcoming months, they will perform at the Welcome to Rockville Festival, open for the Foo Fighters, who chose The Warning as official support for their 60,000-person Mexico City show at Foro Sol and a two-night sold-out run at the Troubadour in January 2022.

ParqEx has got you covered for The Warning concert. We’ve got several parking spaces all around Summerfest!