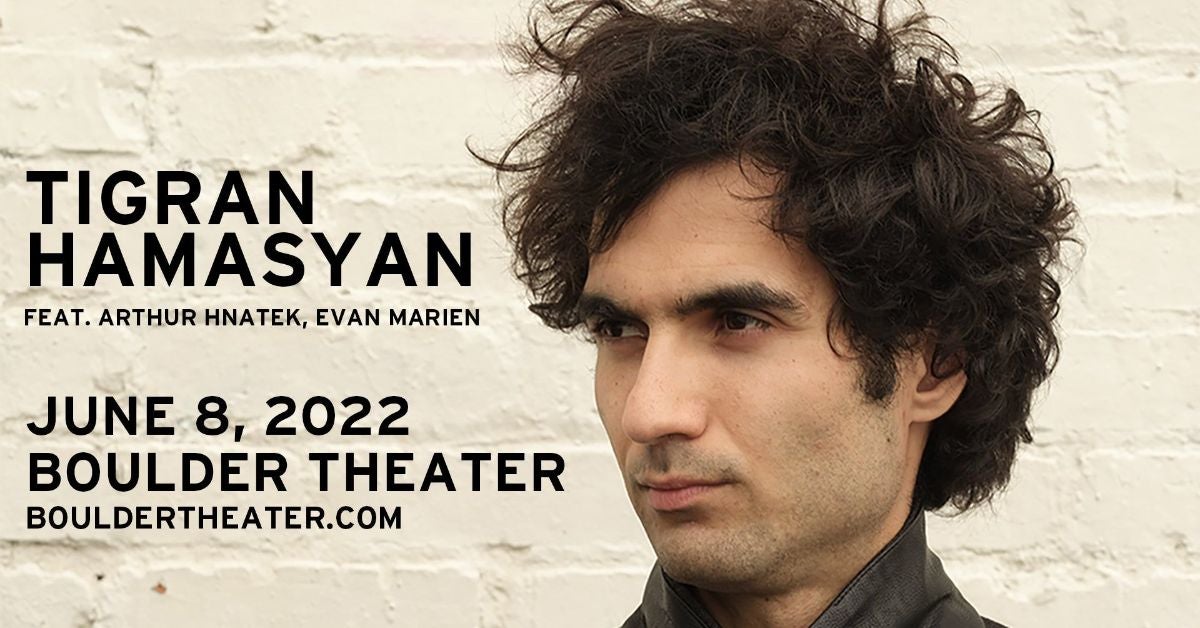 With pianist/composer Tigran Hamasyan, potent jazz improvisation fuses with the rich folkloric music of his native Armenia. Turning 30 in 2017, he’s one of his generation’s most remarkable and distinctive jazz-meets-rock pianists. A piano virtuoso with groove power, Tigran’s latest adventurous project is 2017’s An Ancient Observer, his second solo album, his eighth overall as a sole leader, and his sophomore recording for Nonesuch. (Overall, this is his eighth recording as a sole leader.) Conceptually, An Ancient Observer is a poignant album focusing on the art of observing. Tigran’s career has included an impressive number of accolades, including top piano award at the 2013 Montreux Jazz Festival and the grand prize at the prestigious 2006 Thelonious Monk Jazz Piano Competition. One of his earliest albums, 2008’s New Era, was championed by one scribe who wrote that “with more seasoning and a calming maturity not driven by merely showing off, Hamasyan is certain to elevate his art to a top tier of jazz and world music expressionism.” Several years later, he certainly made that statement prophetic as NPR Music applauded him: “With startling combinations of jazz, minimalist, electronic, folk and songwriterly elements…Hamasyan and his collaborators travel musical expanses marked with heavy grooves, ethereal voices, new piano playing, and ancient melodies. You’ll hear nothing else like this in 2015.” He has recorded France’s Red Loins, Nonesuch, and ECM on various labels with his electro-acoustic powerhouse trio and the Yerevan State Chamber Choir for his 2015 Luys I Luso project focused on Armenian sacred music stretching stylistically from the 5th century to the 20th century. In 2015, Tigran garnered the prestigious Paul Acket Award at the North Sea Jazz Festiva. The following year, she earned the Echo Award (the German Grammy) for best international piano album of the year for his superb recording Mockroot. Tigran has toured internationally for a fan base from adventurous jazz aficionados to progressive hardcore metal listeners. In his new recording, which he will be touring this spring in Europe and the U.S., Tigran says, “An Ancient Observer is presenting the observation of the world we live in now and the weight of our history we carry on our shoulders that is influencing us even if we don’t realize it. This album is the observation of influences and experiences I had.”

ParqEx has got you covered for the Tigran Hamasyan concert. We’ve got several parking spaces all around the Boulder Theater!