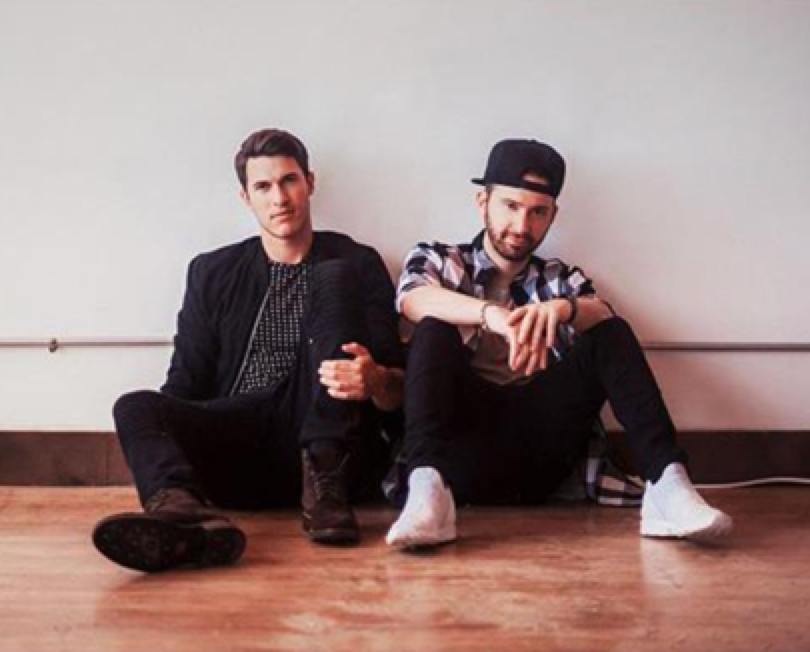 The duo Timeflies combines pop songwriting styles with the studio tricks and big sounds of electronic dance music. Members Rob Resnick (producer) and Cal Shapiro (vocals) first met in college while playing in a funk band called The Ride. They formed Timeflies in 2010 while still in school and self-released their debut album, The Scotch Tape, a year later. On the Internet, their popular Youtube video series, Timeflies Tuesday, soon became a regular feature of the band’s video-sharing channel, with popular charting hits all getting the unique Timeflies treatment.
They quickly became a headlining touring act, selling out venues across the US and performing at major festivals such as Lollapalooza. Having signed to Universal Music’s Island/Def Jam label, Timeflies released several EPs and albums, including popular singles “I Choose U,” “All the Way,” and “Worse Things Than Love.” After becoming independent and starting their own label, Forty8Fifty Music Group, their first independent release, “Once In A While,” exploded on streaming services like an instant fan favorite and eventually became a platinum selling record.

ParqEx has got you covered for the Timeflies concert. We’ve got several parking spaces all around Summerfest!