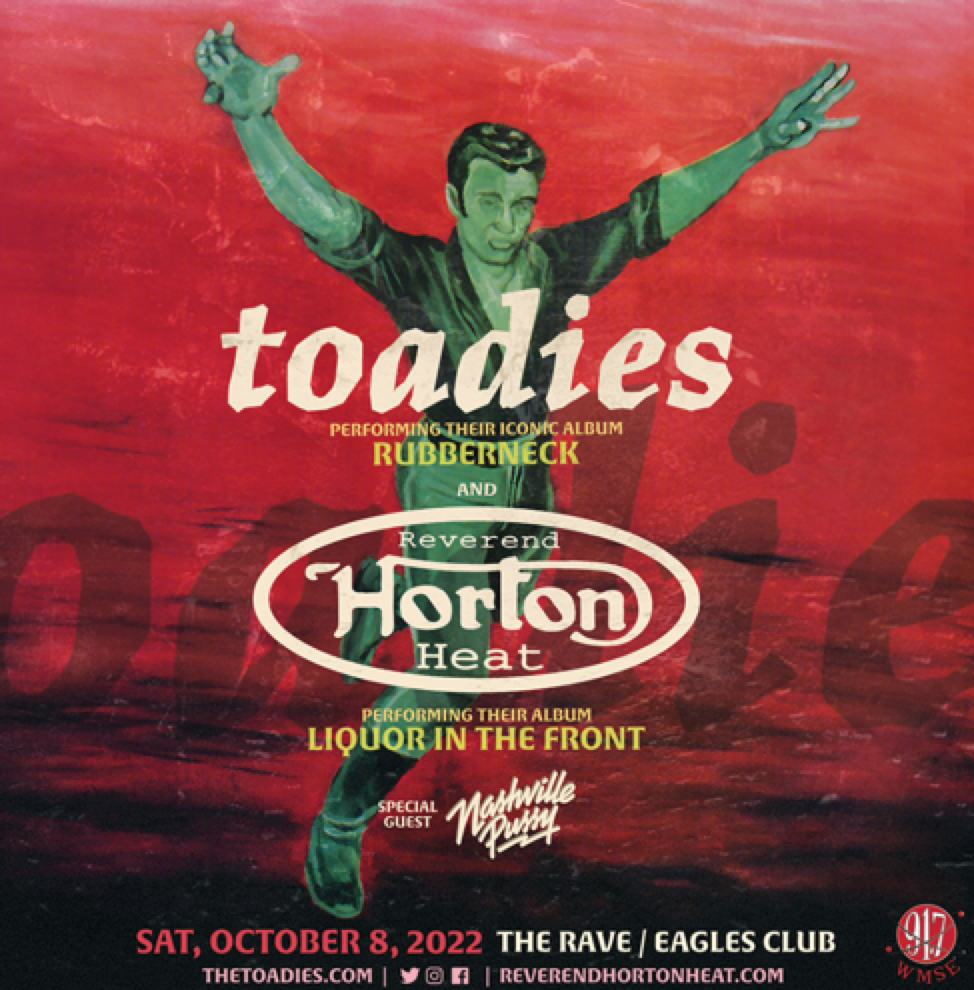 Two formidable Texas bands join together to co-headline a great night of rock on Saturday, October 8, 2022! Toadies may be best known as the creators of one of the biggest alternative radio songs of the mid-90s, but they’re still touring and putting out quality records in the 21st century. Join Toadies as they perform that classic album “Rubberneck” in its entirety!

The Reverend Horton Heat always wanted to sound like the wildest, noisiest, rockabilly band on Earth, and they’ve far exceeded their goals. Join “The Rev” as they play their classic 1994 release “Liquor In The Front” in its entirety.
These two flame-throwing acts are joined by unapologetically sleazy hard rockers from Atlanta, Nashville Pussy.

This will be the fifth concert at The Rave for Toadies, the tenth for The Reverend Horton Heat, and the third for Nashville Pussy.

ParqEx has got you covered for the Toadies concert. We’ve got several parking spaces all around The Rave/Eagles Club!