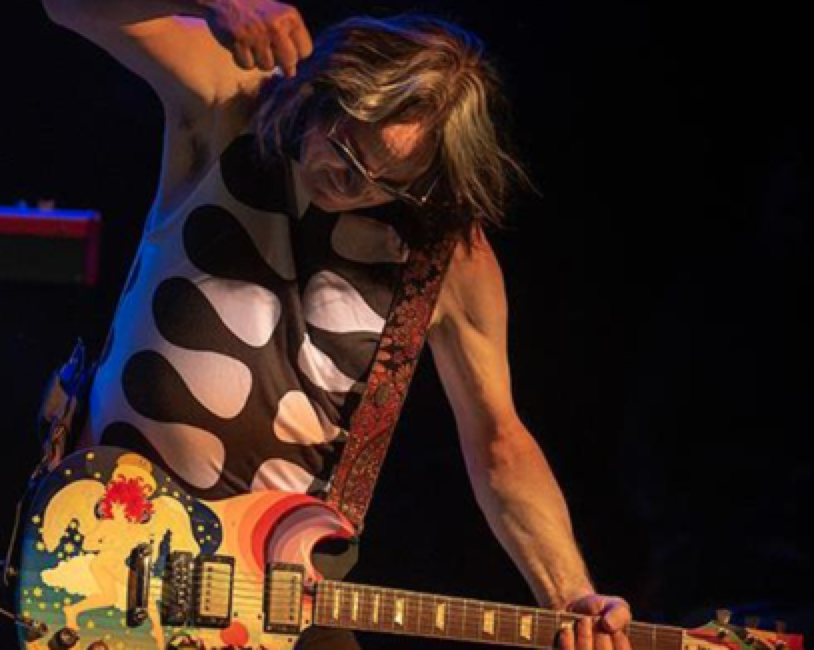 A Wizard, A True Star. The title of Todd Rundgren’s 1973 solo album aptly sums up the contributions of this multi-faceted artist to state-of-the-art music. As a songwriter, video pioneer, producer, recording artist, computer software developer, conceptualist, and interactive artist (re-designated TR- i), Rundgren has made a lasting impact on both the form and content of popular music.

Born and raised in Philadelphia, Rundgren began playing guitar as a teenager, going on to found and front The Nazz, the quintessential ’60s psychedelic group. In 1969, he left the band to pursue a solo career, recording his debut offering, the legendary Runt. But it was 1972’s seminal Something/Anything, on which he played all the instruments, sang all the vocal parts, and acted as his producer, that catapulted Todd into the superstar limelight, prompting the press. To dub him ‘Rock’s New Wunderkind unanimously.’ Such landmark LPs followed it as The Hermit of Mink Hollow and the above mentioned A Wizard, A True Star, and such hit singles as I Saw The Light, Hello It’s Me, Can We Still Be Friends, and Bang The Drum.

In 1974, Todd formed Todd Rundgren’s Utopia (renamed and reconfigured in 1976 as Utopia), an entirely new approach to interactive musicianship, and embarked on an extensive round of touring and recording. Standout Utopia offerings included Oops! Wrong Planet, Adventures in Utopia, and Oblivion. Along the way, Todd Rundgren’s Utopia combined technical virtuosity and a creative passion for creating music that initially, for millions, defined the term “progressive rock” and subsequently, as Utopia, the term “powerpop.”

ParqEx has got you covered for the Todd Rundgren concert. We’ve got several parking spaces all around Summerfest!