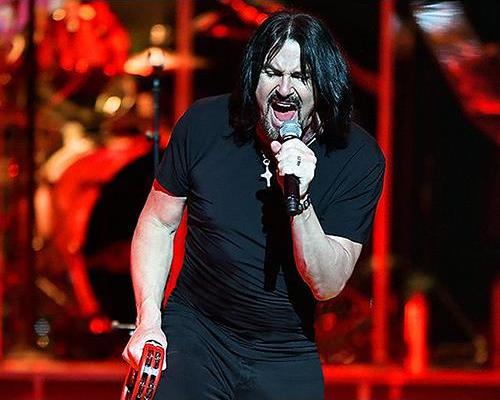 Born in Rome, New York, Tommy’s interest in music began in elementary school when he joined the school choir. But, he recalls, “Every year, I would try out for one of the lead singing solo parts, and I never got one every year. They always told me my voice was too soft.” But, many years later, he would show the world that was not the case.

Tommy started playing piano when he was 14 years old, self-taught on an old upright in his living room. And as far as singing goes, DeCarlo explains, “Well, I truly have to thank Brad Delp for helping me develop my vocal abilities. I have said that I never took singing lessons, but that’s not exactly true. Brad taught me how to sing, even though he never knew it. When I first began to listen to BOSTON as a young teenager, I loved Brad’s voice, and it gave me hope and inspiration at times in my life when I needed it. It wasn’t like I was trying to sing like Brad; it was just that I loved to sing along with him.”

His journey to BOSTON happened many years later when in 2007, he posted BOSTON cover songs and other music on his myspace page and even wrote a piece in honor of Brad Delp upon his passing. Hearing of a planned tribute, Tommy reached out to the band, offering to sing should they need additional vocalists. “I sent an email to the BOSTON camp which included covers of the songs Smokin’ & Doesn’t Look Back, never thinking I’d get a reply.”

Several weeks later, Tom Scholz heard Tommy’s cover of “Don’t Look Back” and was shocked. Knowing every nuance of Brad’s voice, he could not believe that this was not Brad singing, exclaiming, “I haven’t heard anyone else sing like that in 35 years.” Scholz contacted Tommy and invited him to come and sing a few songs at the Brad Delp tribute. DeCarlo’s reaction was, “I would have never believed this could happen in a million years. The next thing I knew, I was going to Boston to sing with BOSTON … are you kidding me?”

Tommy was asked to join BOSTON on their 2008 tour and has sung on every Tour since. Before that, Tommy worked as a credit manager at The Home Depot, had never been in a band, and the largest crowd that Tommy had sung in front of was a talent show in high school. Tommy has been touring and playing to sold-out audiences all over the world!

In 2012, Tommy co-founded with his son, Tommy Jr., DECARLO. The band released their original debut album ‘Lightning Strikes Twice’ in 2020, earning them a featured article in popular BILLBOARD MAGAZINE as 2021 Grammy® contenders. In addition, their chart topping hit ‘You Are The Fire’ went viral on streaming platforms worldwide shortly after its release.

Tommy currently resides in Charlotte, NC, with his wife Annie of 33 years. The couple has two children and four grandchildren.

ParqEx has got you covered for the Tommy Decarlo concert. We’ve got several parking spaces all around Summerfest!