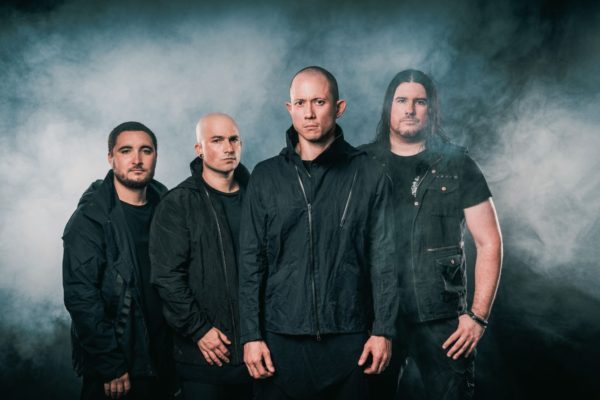 For over two decades, Trivium has quietly raised the bar for heavy music by conjuring a near-magic balance between towering melodic metal infectiousness, extreme metal unpredictability, black metal scope, and a kick of rock ‘n’ roll spirit. After forming in 1999, Trivium crafted a classic in the form of Ascendancy. It concluded 2005 as KERRANG!’s “Album of the Year,” went gold in the UK, and has since surpassed global sales of 500,000 copies. Retrospectively, Metal Hammer cited it in the Top 15 of “The Greatest Metal Albums of the Century.” They’ve earned six straight Top 25 debuts on the Billboard Top 200 and six Top 3 debuts on the Top Rock Albums Chart. One of many standouts from 2017’s The Sin and The Sentence, the single “Betrayer” garnered a GRAMMY® Award nod in the category of “Best Metal Performance.” The quartet reached new heights in the 2020s What The Dead Men Say, appearing everywhere from The New York Times, NPR, Forbes, Billboard, Tech Crunch, and Kotaku to Revolver and Alternative Press. They are the rare band that can incinerate a stage alongside Metallica and Iron Maiden and holds a captive audience of tens of thousands on a Twitch stream. Following 22 years, over 1 million units moved, hundreds of sold-out shows, and half-a-billion streams, the GRAMMY® Award-nominated Florida quartet—Matt Heavy [vocals, guitar], Corey Beaulieu [guitar], Paolo Gregoletto [bass], and Alex Bent [drums]—deliver a definitive statement cast in ironclad guitar fireworks, pummeling rhythms, lyrical provocations, and stadium-shaking choruses on their 10th full-length offering, In The Court of the Dragon [Roadrunner Records]. It springs from the past, seizes the present, and hints at the future of Trivium—and metal—all at once.

ParqEx has got you covered for the Trivium concert. We’ve got several parking spaces all around The Sylvee!