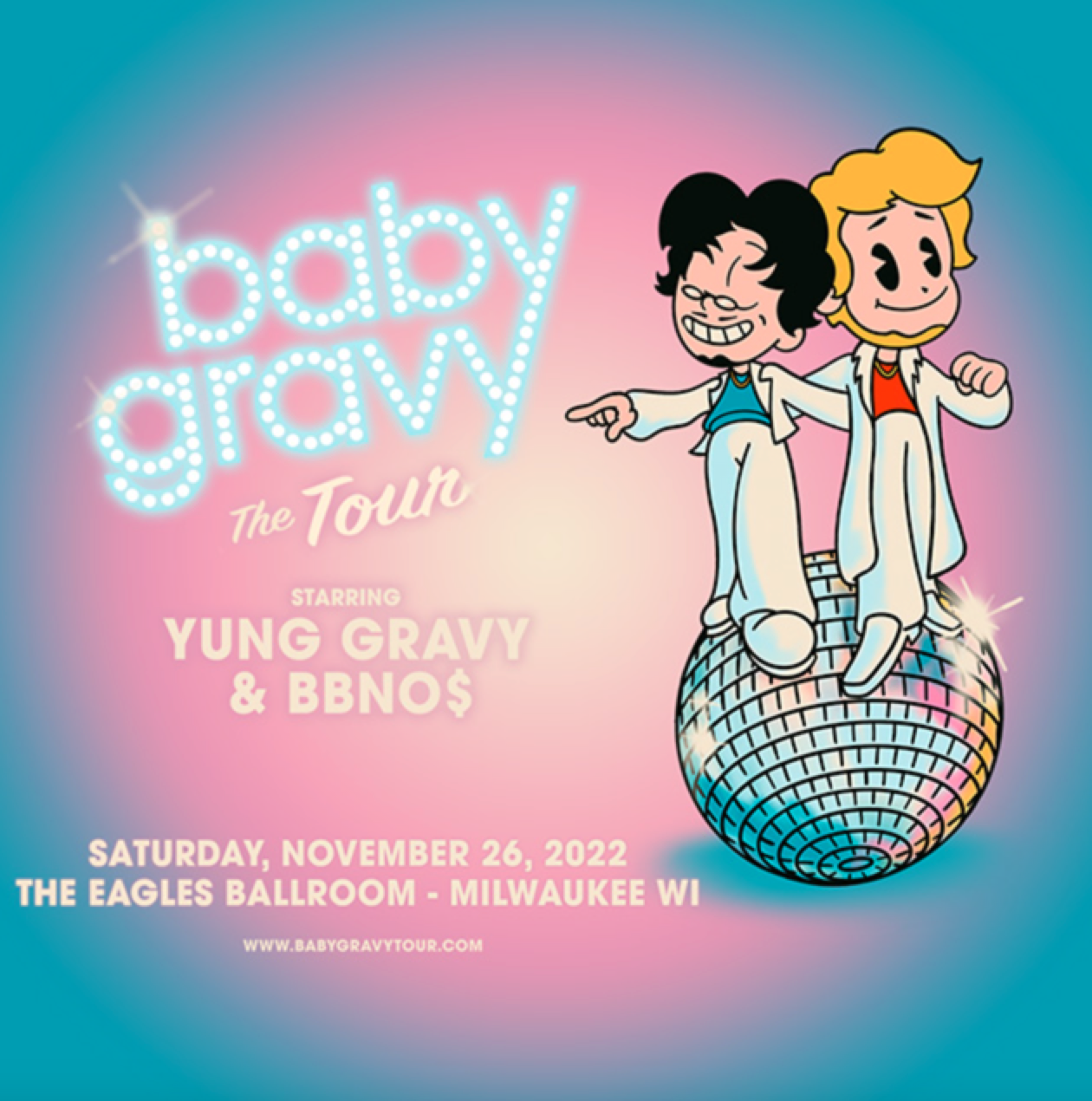 Yung Gravy and bbno$ (baby no money) announced their massive co-headlining Baby Gravy, The Tour. The magnetic pair will bring their impressive, high-energy live show to cities throughout North America, kicking off November 3rd in Normal, Illinois, and hitting The Rave / Eagles Club in Milwaukee on Saturday, November 26th.
The ‘Baby Gravy, The Tour’ announcement follows an incredible year for the multi-platinum and billion-streaming global superstars. This year alone, Gravy has only accelerated his meteoric rise. He co-headlined a massive tour with Dillon Francis and unleashed the Cake & Cognac EP. Additionally, he played in packed arenas with the legendary Limp Bizkit before going across the pond for his own European tour. He has also churned out a series of RIAA-certified platinum and gold bangers thus far. These include the platinum “Mr. Clean,” platinum “1 Thot 2 Thot Red Thot Blue Thot,” gold “oops!!!,” gold “Magic” and gold “Whip A Tesla” with bbno$. This all sets the tone for his next album, led by his single “Betty (Get Money).”

bbno$’s year has been equally impressive. Following the 2021’s mega studio album ‘eat ya veggies,’ which has now amassed over 2 billion cumulative streams globally. 2022 shows no signs of slowing down with the successful release of bangers “mathematics”, the first drop off bbno$’s upcoming new project, which was quickly followed by his latest release, the irresistibly buoyant new single, “piccolo” available now. Directed by his long-time collaborator Shiraz, the cinematic official video sees the hit-maker hitting the gym, dancing in his undies, all the while electrifying viewers with his inclusive style and humor. The Baby Gravy tour announcement follows an equally busy performance summer which has bbno$ headlining some of the leading Summer festivals across Europe and Australia.

ParqEx has got you covered for the Yung Gravy concert. We’ve got several parking spaces all around The Rave/Eagles Club!