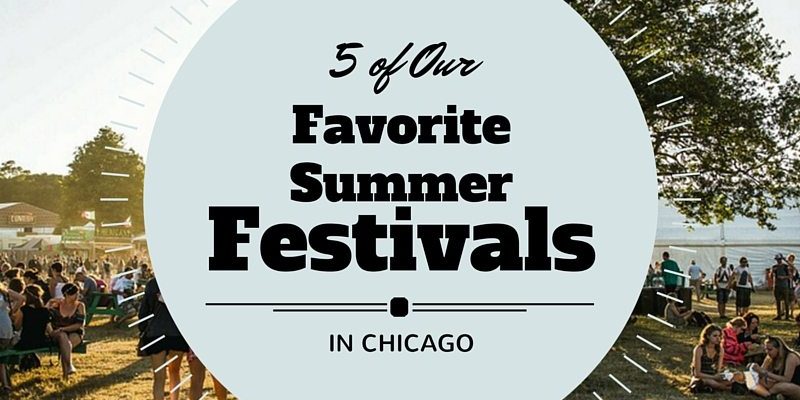 Chicago is a town that knows how to party, so the only difficult thing about recommending Five of Our Favorite Chicago Summer Festivals is narrowing it down to five. There are music festivals, food festivals, ethnic festivals, art festivals, and more. From the Belmont-Sheffield Music Festival to the 57th Street Art Fair, from Ribfest Chicago to the Great American Lobster Fest, Reggae Fest Chicago to Chicago Contemporary Circus Festival, from Chicago Gospel Music Festival to Printers Row Lit Fest, there are celebrations to suit every taste. 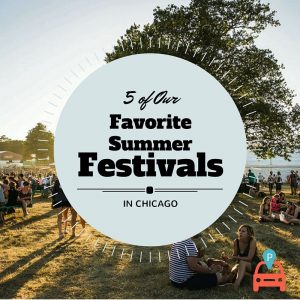 Gold Coast Art Festival, located in Grant Park, is considered the “Granddaddy of American art festivals.” June 18 and 19, 2016, from 10:00 am to 6:00 pm will be the 59th annual Gold Coast Art Festival. It’s considered one of the top thirty juried art festivals in the United States, with displays from over 300 artists. There will be food, drink, live music, and children’s activities. Go to admire or go to buy. ParqEx can help you find a parking spot nearby, so you don’t have to carry your purchases a mile or more to your car.

Fiestas Puertorriqueñas and Puerto Rican People’s Parade is a four day festival of Puerto Rican heritage, from June 16 to June 19, 2016. One of the largest Latino cultural events in the United States, this celebration takes place in Humboldt Park. The 37th anniversary of the Puerto Rican People’s Parade will be along Division Street. In addition to the parade, there will be live music, entertainment, carnival rides, authentic Caribbean cuisine, arts & crafts, dancing, and much more.

Square Roots Music Festival is a chance to have a great time and help the community. Money raised by the festival supports Old Town School of Folk Music scholarship programs and Lincoln Square Ravenswood Chamber of Commerce farmers markets and concerts. The festival is in Lincoln Square, July 8 from 5:00 pm to 8:00 pm, July 9 from 12 noon to 11:00 pm, and July 10 from 12 noon to 9:00 pm. More than 30 craft beers from local breweries will be available for tasting. There are plenty of activities for those under 21: games and arts & crafts. Musical performances range from indie rock to folk music to jazz.

Lollapalooza is a four day music festival in Grant Park, running from July 28 to 31. This year’s entertainers include world-famous rock band Red Hot Chili Peppers, electronic-eclectic band Major Lazer, pop singer Lana del Rey, rock band Jane’s Addiction, hip-hop band Flatbush Zombies, singer-songwriter Melanie Martinez, indie rock band Frightened Rabbit from Glasgow, Scotland, pop singer Alina Baraz, English folk group Frank Turner and the Sleeping Souls, Norwegian musician Cashmere Cat, English rock band Radiohead, Chicago rapper Towkio, and too many others to list here. In addition to some of the world’s best musicians, there will be an art market, shopping, and photo opportunities. There’s a mini-fest for children where they can have fun. Food comes from some of Chicago’s favorite restaurants, rather than the usual carnival fare. This year is Lollapalooza’s 25th anniversary. Come experience the music and the energy. Let ParqEx help you find parking for all four days.

For more information on the best festivals in Chicago, how to get there, and where to park, contact us.