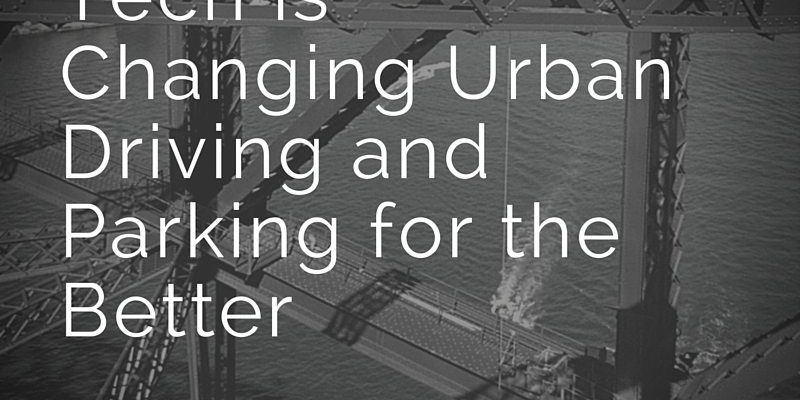 When you live in Chicago, the third largest city in the country with close to 3 million people — and when your city attracts 40 million visitors annually — it’s not surprising that parking can be a huge challenge (or hugely expensive). However, innovations in technology — particularly in mobile apps and the Internet of Things — are working to make driving and parking in cities like Chicago less of a nightmare.

A Primer on IoT: Why It Is Such a Big Deal

The premise behind the Internet of Things is simple: take sensors and all of the latest technology we use to communicate (WIFI, BlueTooth, RFID tags, beacons, apps, etc.) and embed them in the common objects of daily life. Not only do these common objects gain new functionality, but they add new streams of data that can be used to make our environments smarter.

Although the concept is quick to grasp, the application of it — i.e. seeing all of its potential uses — is what society is just beginning to explore. Some say we’re at the first flickers of a massive wildfire of tech change. As this article from Harvard researcher Laura Adler notes, IoT use, as measured by IoT connections, is predicted to increase four-fold by 2020.

One simple but exciting use of IoT is between traffic lights and drivers. Technology now exists, and is actively being employed, in which a traffic light sends a signal to an app in a driver’s phone and alerts him or her when it is about to turn green. Cities are already applying this tech to stop the traffic delays that occur because distracted drivers aren’t noticing the green light.

Eventually, such an alert system will not require an app on the person’s phone. Traffic lights, thanks to smart car technology, will be able to communicate directly with the car, and the car will send the alert when the light is about to change.

V2V (Vehicle-to-Vehicle) smart technology, which allows cars to communicate with each other in real-time using sensors and computers, is just beginning to spread. GM, for example, has already completed a fleet of Cadillacs that are fully functioning V2V. This means:

GM has noted that there are 800,000 blind-spot accidents each year, and V2V’s potentially enormous boost to driver safety has inspired the Department of Transportation, as Wired noted, to make V2V tech mandatory for all cars. It has already begun working with car manufacturers to realize the dream. 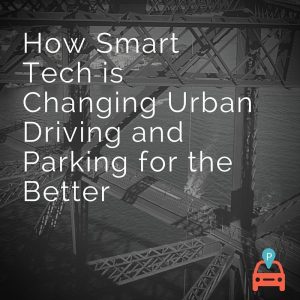 Your Space for Extra Income) in Chicago? Absolutely.

Some IoT applications have begun using sensors to alert drivers when a parking space in the city has opened up. The goal is to make the parking spot-hunting process more efficient. Although it helps drivers know where to find open parking spots, it doesn’t always guarantee a parking spot. Sure, you can track the availability of the spot, but at the last second just before you arrive there, someone else could take it.

The sensor, in other words, doesn’t hold the spot for you. IoT has its limits, and this is where well-developed apps with large networks of users can take over and drastically reduce the hassle of hunting for a parking spot in Chicago.

The app ParqEx, for example, locates privately owned parking spots in the city and uses ParqEx’s large network of users to allow you to reserve an ideal parking spot in advance and be as specific as month, week, day, or hour. Or you can use the app to rent out your parking space. That’s right, you can become the landlord of a parking spot and earn extra income.

If you love technology innovation as much as we do, especially when it makes your travel experience in Chicago easier, contact us to learn more about Parqex.