How the Sharing Economy is the Future of Innovation in Business 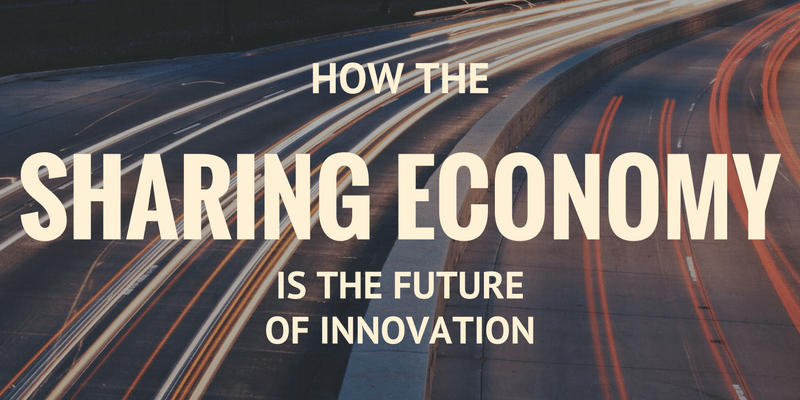 There’s no doubt that technology has been rapidly advancing over the last decade, yet foreseeing the results of its impact on society and business isn’t so clear. We can safely say the future will be shaped by online technology, especially cloud and mobile computing technology, which is making what’s called the sharing economy possible. In order to expound on these thought, let’s examine how the sharing economy is the future of innovation in business. 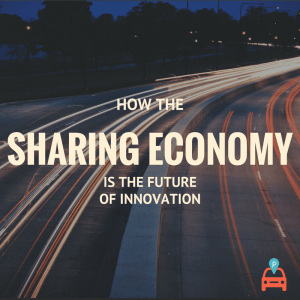 Those who are reading this, likely, are already familiar with what this term means, yet the majority of Americans and the world isn’t. Even those of us who are familiar with the term are still trying to understand exactly what it means. This is only natural considering this is such a broad term that, really, doesn’t even describe this entrepreneurial movement very well.

The sharing economy is, mostly, a profitable economy, rather than a place where people are simply sharing from some altruistic idealism. Yet, there’s a definite community-based, peer-to-peer interaction being facilitated, which democratizes business and brings opportunities to regular people. The opportunities being created are limited only by a lack of innovative ideas; in other words, the definition of the sharing economy is being created as we speak.

Impact of the Sharing Economy Already

We learn how impactful the sharing economy has been already in an article on VenturaBeat.com, called: “The Sharing Economy has Created 17 billion-dollar Companies (and 10 Unicorns)”, written on June 4, 2015 by John Koetsier. According to the article:

“There are now 17 billion-dollar companies with 60,000 employees and $15 billion in funding in the sharing or collaborative economy…”

These companies include names most of us know, such as: eBay, Airbnb, Uber, Etsy, Chegg, Lending Club, and more. Sharing economy companies are in all different industries, yet are making their impact the most in: transportation, finances, goods, and space (Airbnb, etc.). The article points out that most of these companies started in rough economic times and reached their high level of success within only 4 years time.

The success of these sharing economy companies is impressive, especially, considering all the peer-to-peer users who are also making money from these platforms. They may employee 60k people directly, yet there are millions more who make a full-time living through these peer-to-peer platforms. The scope of impact just these leading companies alone are making is massive, especially, considering all the people and businesses that benefit from their use (manufacturers, professional services, delivery, parking garages, software companies, etc.).

The Future of Innovation in Business

The future of business will be shaped by technology, with cloud and mobile computing technologies leading the charge. It’s also clear that the younger generations will be the ones creating and developing the majority of this innovation in business. Presently, the U.S. and the world is in a state of technological transformation; statistics show the contrast clearly of who understands and is involved in this emerging sharing economy.

According to a Bloomberg article called: “These Charts Show How the Sharing Economy is Different”, written on June 15th, 2015 by Jennifer Rossa and Anne Riley:

“…39 percent of sharing-economy workers are ages 18-24, well above the 12 percent of U.S. workforce at large. Include workers aged 25-34, and the figure jumps to 68 percent of the sharing economy, vs. just over a third of all U.S. workers.”

This shows us how the younger generations are dominating this emerging economy when it comes to the workforce, yet what about society at large? Well, the according to Pew Research Center, in an article called: “ Shared, Collaborative and On Demand: The New Digital Economy”, written on May 19, 2016 by Aaron Smith:

“Exposure to these shared and on-demand services begins to drop off rapidly starting at around age 45. Around one-third of those ages 18-44 have used four or more of these services, and relatively few in this age have no exposure at all to these services. By contrast, 44% of Americans age 50 and older…have not used any of these 11 platforms.”

There’s many interesting stats in this article, all validating the conclusion: the sharing economy is the future of innovation in business, because this is where the younger generations are putting their energy and focus.

Traditional methods of financing, starting a business, renting a space, traveling, recreating, and nearly every other function in society – are being changed as we speak. The sharing economy is defining this technological movement, steering it toward online peer-to-peer business and social interactions. Trying to define and explain the scope of this emerging force proves to be inadequate, because the nature of it is intrinsically indefinable.

Nevertheless, indicating factors and statistics show us that: the formation of a technological transformation in business and society is imminent, and younger generations and technology are leading the way toward innovation in business with what’s loosely called the “sharing economy”. How this benefits the startup entrepreneur or already established business, entirely, depends upon their adaptation to the changes.

ParqEx is part of this emerging sharing economy and understands how it can positively impact people and communities. Through the ParqEx App, peer-to-peer users have been able to make money off their parking spaces and find parking spaces for rent in 7 major metropolises across the U.S., including our home city of Chicago.

We know first hand how powerful the sharing economy is, and how it promises to be the future of innovation in business. If interested in learning more about how to benefit from ParqEx, please contact us today.