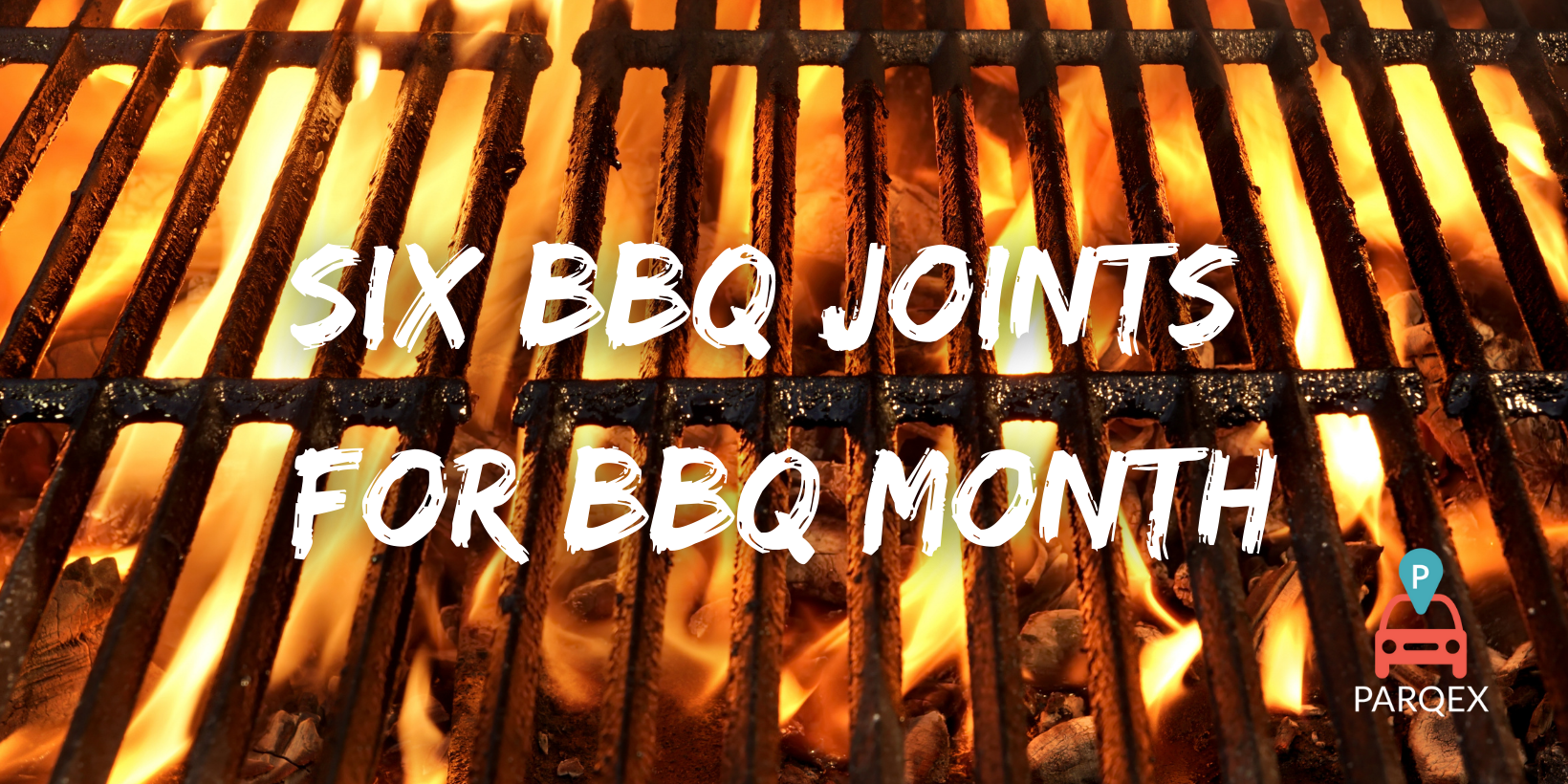 For those of you who are lucky (or unlucky) enough to live somewhere that experiences all four seasons, the month of May is often the turning point into summer. Once we get past Mother’s Day, we are typically in the clear of chilly spring weather. So, as we are slowly chugging along through May, the sun is peaking out more, and we are all finally defrosting! With the warm summer weather just around the corner, it makes sense that May is labeled as BBQ month. So let’s get into a summer mood and enjoy some barbecues! West coast, east coast, midwest, south, ParqEx has you covered with six BBQ joints for BBQ month!

The first of six BBQ joints for BBQ month is Smoke Daddy in Chicago, which has become a local staple. Due to popular demand, they are now open in two locations. Do you live near Wicker Park or Wrigleyville? You are in luck! Go to “The Daddy,” enjoy some drool-inducing BBQ, kick back & enjoy the classic BBQ atmosphere. Are you worried about finding parking near Chicago’s best BBQ? That is where we come in. ParqEx has several parking spots near both Smoke Daddy locations. Book your BBQ parking with ParqEx, and enjoy BBQ month!

Do you need an excuse to visit the Third Ward, your favorite neighborhood in Milwaukee? Head to our second of six BBQ joints for BBQ month, Smoke Shack! This joint offers a friendly atmosphere and cooks up some of the best-smoked meat in the city. The Smoke Shack smokes all their meat in small batches all day to cater to its constant demand. So do yourself a favor and celebrate BBQ month at the Smoke Shack. We know that parking in the Third Ward can get hectic, especially over the weekend. Luckily for you, ParqEx has several parking spots around the Third Ward. So pre-book your BBQ parking with us, and enjoy some delicious food at the Smoke Shack.

Now, who says you have to stick to “authentic” American BBQ for BBQ month? Our third of six BBQ joints for BBQ month is 5 Star Korean BBQ in Madison, Wisconsin. Madison is a hub for hundreds of delicious restaurants. So, of course, this city does have a slew of BBQ restaurants. But for us, it was no question to feature 5 Star Korean BBQ. They provide delicious BBQ with a wide variety of flavors in each dish. Sometimes your tastebuds want a little extra oomph in BBQ, and 5 Star Korean delivers. So grab some BBQ, and pre-book your parking near the square with ParqEx.

If you are big into the Miami food scene, we are confident you have heard of Chef Richard Hales and Jenny Hales. They have left their stamp on several Miami and Tampa restaurants. That being said, our fourth of six BBQ joints for BBQ month is Hales Society BBQ. Society BBQ is a modern food hall that offers quick BBQ for patrons with speed and convenience in mind. So visit one of the most talked-about BBQ spots in Miami, let your tastebuds rejoice, and pre-book your parking with ParqEx.

If you know anything about Boulder, Colorado, Pearl Street has some of the best shopping and restaurants in the city. So, it makes sense that our fifth of six BBQ joints for BBQ month is West End Tavern, situated very nicely on Pearl Street. So, come to the Tavern, enjoy some nice summer weather on the rooftop, grab a glass of bourbon, and dig into some of the best BBQ Boulder offers. Oh, and don’t forget to take in the gorgeous views of the Flatirons while you are at it. Have you already decided this is an excellent idea? Be sure to book your BBQ parking in advance with ParqEx. We have several spots available right off of Pearl Street.

Are you in the LA area and dying for some authentic Memphis-style BBQ? Well then, just for you, our last of six BBQ joints for BBQ month is JR’s Barbeque. This spot has been serving some of the best homemade BBQ since 1998 and has been recognized by LA Times Magazine as one of the best spots. So come and enjoy a home-style meal, get your hands dirty, and celebrate BBQ month with JR’s Barbeque. We know that parking in LA is a nightmare. Luckily, ParqEx has several spots near JR’s that are available. So pre-book your parking with ParqEx, and enjoy some BBQ at JR’s.

We apologize for not covering some of your city’s best BBQ spots to our readers who live outside these six markets. That does not mean your city is lacking in the BBQ department. Nor does it mean that ParqEx does not have parking available near you. We’ve got spots available across the United States for all ParqEx users. Are you new to ParqEx? Download our free app and unlock some of your city’s best private parking spots. Do you have a parking spot that sits relatively unused? List your parking spot on ParqEx’s Marketplace and make some quick cash. So come, join the ParqEx family, and have a spectacular summer!