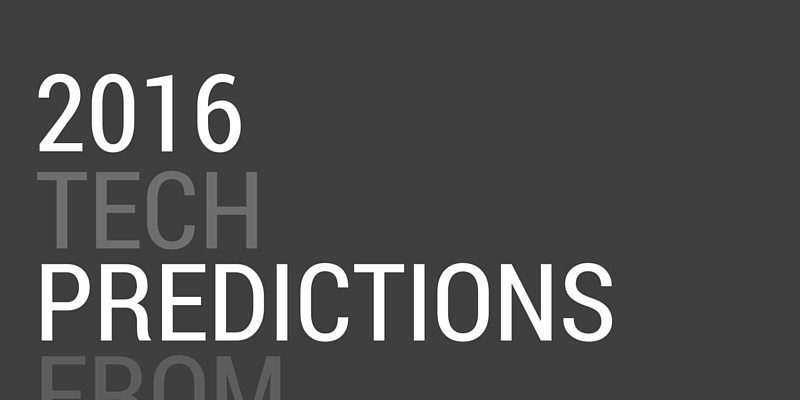 Ringing in the New Year carries a lot of symbolism — saying goodbye to a year past, making resolutions and intentions for the year ahead, and peering deep into the murky depths of what the future might hold for you.

This brings us to #tech2016 — What are your tech predictions for 2016? Here are some particularly big ones we’re keeping our eyes on.

2016 is going to be a huge year for space. Between SpaceX’s Dragon V2 and their first manned mission, to World View Enterprises proposals for sub-orbital balloon flights, space is exploding in a big way. But what does this mean for non-space explorers? The private sector is flinging its doors open to developers, programmers, and dreamers who want to get humans out into space. Virgin Galactic alone has an impressive online posting of all the current jobs they’re looking for, proof that even without government funding or support, humanity will continue reaching for the stars — no matter what. 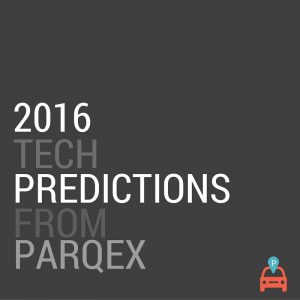 If you’re a fan of science fiction, you’re familiar with Artificial Intelligence (AI) and what it could mean for the human race. In 2008, IBM’s Watson took Jeopardy! by storm, arguably the pop-culture move that made AI seem truly tangible. But beating trivia geeks isn’t what AI will advance at — in 2016, we’ll see the beginnings of personal assistants, digital automation, and even smarter houses.

Some of the biggest leaps have come only recently — actual developments in machine learning, reasoning, and perception. AI systems are also getting better at probabilistic modeling, one of the trickier elements of AI. It’s something that the human mind is capable of, but which programming for is tricky — considering uncertainties then making the best possible decision. But AI gets closer every year — and 2016 is gonna be big.

At some point this year, someone has probably sent you a viral video of people sitting in an office chair with a giant black box strapped to their face, falling over themselves while they experience a roller coaster in virtual reality, or VR. Between the Oculus Rift, Sony Playstation VR, and HTCVive, consumer-grade VR is absolutely exploding — and those consumers are going to be pushing a demand for it in nearly every aspect of their lives that they can.

Facebook acquired Oculus VR in 2014, leading to many questions about what direction Oculus (and VR in general) would take. Palmer Luckey, the man who developed Oculus Rift, has said that “Virtual reality and augmented reality are going to end up using a lot of the same technologies and probably converge into the same hardware. And it will probably get to a point where it’s something you can wear all day everyday. That’s going to take a long time though“. Expect to see VR tools that help you interact with your desk at home or work (such as organizing and finding documents) or with your kitchen (like measuring food items).

The world of medicine is — slowly — opening up to some serious technological advances. Hospitals and private practices are understandably slow to jump onto some of the larger tech trains; for many, overcoming the privacy risks that can be associated with any kind of security hack are just too great.

But some of the technological advancements that are happening won’t violate HIPPA, and will help keep you healthy. There have already been developments with “x-ray pills” to help monitor and discover cancer of the bowels; health kiosks like higi; microchips that replace animals in clinical trials; and of course huge leaps in digital health records.

We’d love to hear from you! Contact us to learn more about how you can revolutionize your parking spot with ParqEx.