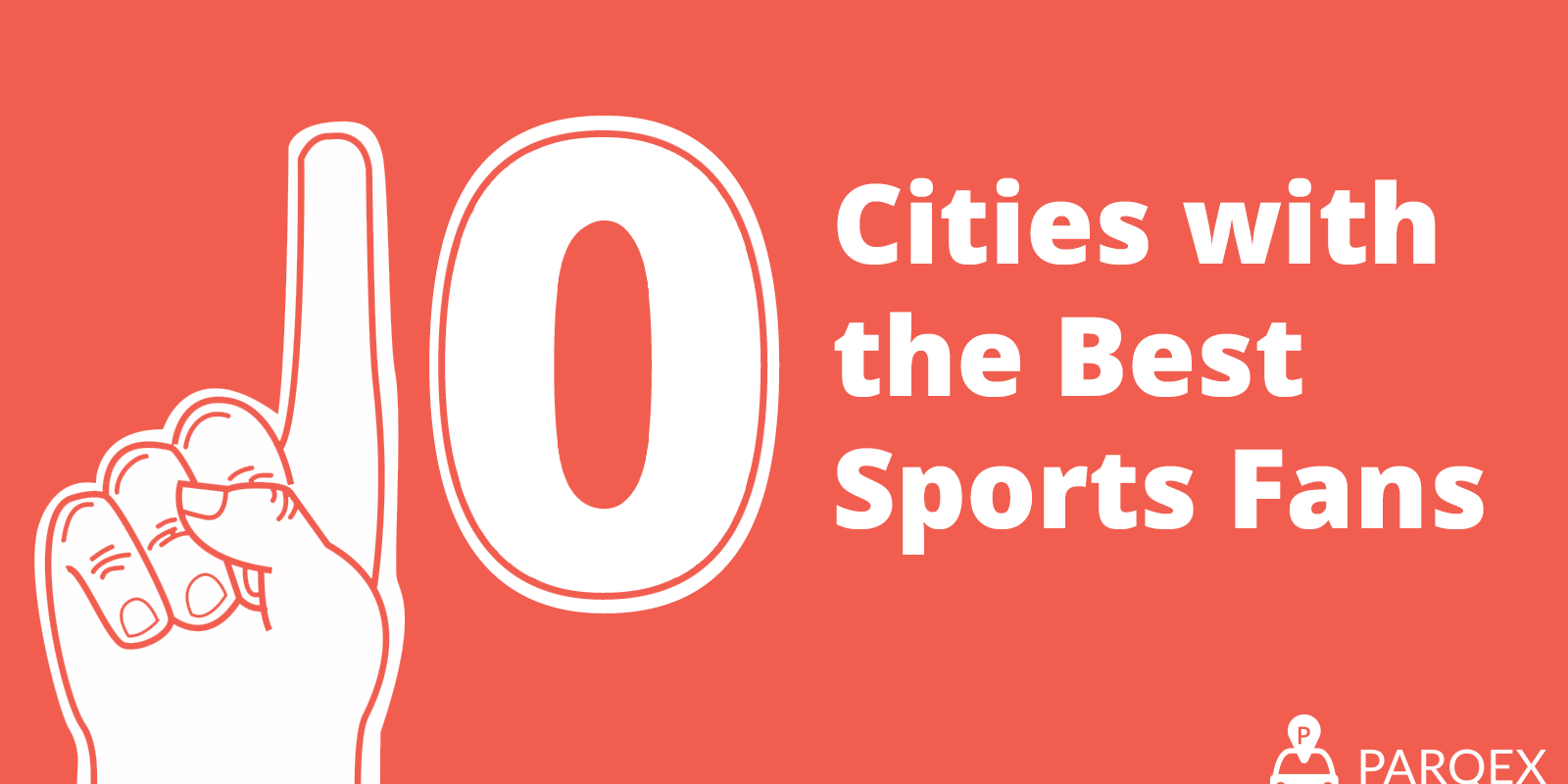 No one likes to be coined a bandwagoner. Sports fans are passionate about their favorite team, and that passion often extends to other sports teams in the same city. In fact, across the United States, a few cities have popped up in which sports fandom is so normal, it’s become a part of everyday life.

But where does that happen most? Which cities can claim the title best sports fans all for themselves? Here’s our ranking for the top 10 cities with the most passionate fan bases.

Chicago fans are deeply rooted in a sense of tradition. The Bears, Bulls, White Sox, and Cubs are all steeped in the history of their respective sports, while the Blackhawks have emerged as the the team in Chicago with the most longstanding success. Meanwhile, the Cubs just broke a century-long curse to lift the World Series trophy. Right now, Chicago boasts arguably the best teams in both the NHL and the MLB, and Chicago sports fans are loving it.

Heading to a Cubs game this season? Make sure you head to Deuces and the Diamond Club or Casey Morans before, during or after the game for the best game day atmospheres in Wrigleyville.

In the Steel City, sports are a way of life. The Steel industry’s decline in the 1970s happened at the same time as the Steelers’ rise, making it a symbol for the working class. Today, the Steelers and Penguins are consistently among the best teams in their leagues, while the fans travel all over the country to support them with their swirling terrible towels.

NFL fans across the nation may now be sick of hearing about how loud CenturyLink Field can get. The Seahawks’ 12th Man is vaunted for the ferocity of its support. But the passion of the local fan base goes far beyond the NFL. Even though the Supersonics left for Oklahoma City a decade ago, basketball remains a passion for many. Attend a Sounders game, and the passion and volume of the attending fans makes you think that soccer is as popular stateside as it is in Europe.

Speaking of soccer: the Portland Timbers have perhaps the most passionate fan base in the sport. Meanwhile, the Trail Blazers are generally mentioned among the teams with the biggest home court advantage in the NBA. Come to Portland, and you’ll immediately be swept up in a passion for sport.

They threw snow balls at Santa Clause, and are generally hated by most of their rival fan bases. But no one can doubt the passion of Philadelphia fans. From the Eagles to the Flyers and Phillies, they continue to sell out arenas and loudly criticize management if things don’t go their way. They can even got on the nerves of one of Philly’s own, Kobe Bryant. Philly fans may be negative, but it’s an outgrowth of their passion.

There’s a reason that the typical Boston sports fan is often referred to as a Ma**hole. And let’s face it, this fan base has been spoiled in recent years with constant winners like the Patriots, Celtics, and Bruins. But let’s not forget that even when these teams were struggling, Boston fans passionately (and angrily) continued to support them and build their lives around them.

When your city owns your NFL team, you know you have a loyal fan base. The Lambeau Leap gained fame because it’s a symbol of how closely Green Bay residents relate to their only professional sports team. The energy is focused, but passionate.

New York fans are merciless. They have high expecations, and will be vocal about expressing that sentiment. But they’re also loyal, attending games at Madison Square Garden, Yankee Stadium, and MetLife Stadium regardless of their place in the standings. The Knicks and Yankees have arguably the two biggest fan bases in their respective sports, but that sometimes doesn’t translate to what we perceive as the “best fans.”

Browns fans have embraced the suffering. Before LeBron James’ homecoming, they were perhaps the most tortured fan base in sports. And yet, instead of despairing, they continued following the Browns, Cavaliers, and Indians, which finally paid off in an NBA title last summer.

For most of America, the NBA team’s switch to a Pelican a few years ago was a move worthy of ridicule. For New Orleans fans, it was a point of pride that added yet another bit of local connection to this passionate sports town. From the Saints to the Pelicans, the city’s reputation for worry-free partying tends to translate to its sports fandom, as well.

As a country, we love sports. But in some cities, following our favorite teams is just a bit more fun than in others. So if you’re looking to experience that passion and get some of the best parking for the next home game, download the ParqEx app to find parking and list parking in minutes!