A Week in the Sharing Economy 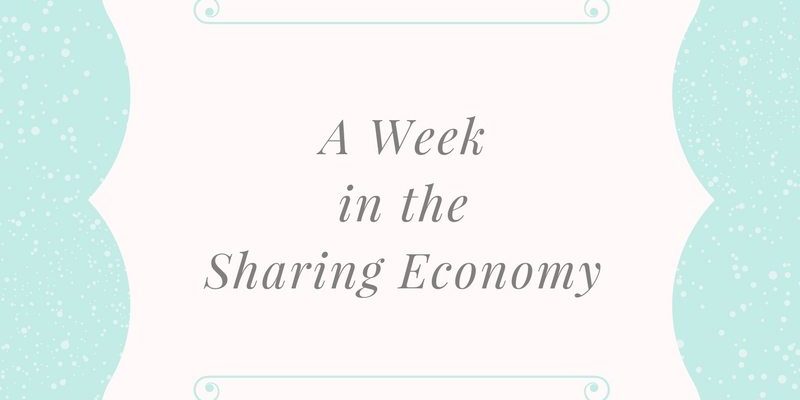 Cloud and mobile computing technology are creating something new called: “the sharing economy.” Innovative companies are acting as brokers between everyday people, in order to facilitate platforms where they can do business and help each other out. These cloud platforms give regular people the opportunity to make money, while also offering solutions for peoples’ everyday needs. In order to illustrate this further, let’s take a fictional look at a week in the sharing economy. 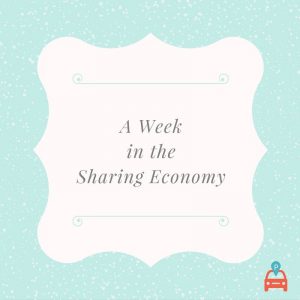 The 3 day Chicago Blues Festival is being held in Chicago’s Grant Park, and Jim and Fran are excited to go to the largest free blues festival in the world. They plan on staying close by the downtown area for a week-long stay, and decide to fly there and back. They begin to formulate a strategy to carry out their week-long venture using the sharing economy.

The first issue they solve using the sharing economy is finding an affordable place to stay near the Chicago Loop; within a couple of miles from the festival. Airbnb gives them better options than the hotels in the area, which are so expensive and full at that time of the year, and they like the idea of staying in a place with Chicago personality.

Jim and Fran began to plan this venture months in advance, so finding the perfect place to stay within two miles of the festival was easy and fun through Airbnb. The place they found even had an indoor hot tub, a water-bed, and an espresso machine.

Another issue they had was finding someone to take care of their dog Ralph. Their usual dog sitters would be on vacation a the same time, so DogVacay helped them find a local dog sitter in their Florida community. This sharing economy solution gave Jim and Fran the ability to choose the right person to take care of Ralph and his special needs for a week.

Jim and Fran were starting to like the idea of tapping into this sharing economy, so when they were thinking of transportation solutions, they found Getaround. They used Getaround to find a car to rent from a Chicago resident. This was more affordable and gave them more options than a traditional car rental. They only wanted to rent a car for a few days, in order to visit some attractions further out from downtown after the festival.

The week-long vacation was beginning to take shape, as all the couple’s preparations began to find sharing economy solutions. There was only a couple more things they needed to consider. One was: how would they get to the downtown area and around their Airbnb neighborhood, which was 2 miles away from the Chicago Loop? The other issue was: where would they park their rented vehicle when they visited the attractions after the festival (a Chicago Cubs game was one attraction)?

They figured it would be best to get around their Airbnb neighborhood and to the festival with bicycles. This led them to Spinlister, which is a sharing economy service where people can rent bicycles. Jim and Fran found a Chicago resident within a mile from their Airbnb rental, who was renting two bicycles that would be perfect!

Jim and Fran started to feel like excellent planners, and this sharing economy seemed to solve every issue they came up with. The next issue was to find parking for their Getaround rental car when they visited the attractions after the festival. They didn’t know Chicago well and had heard of the scarcity of parking there.

They were excited to find a sharing economy solution for parking called ParqEx, where they could simply rent a private parking space in the area they needed for as long as they needed. They quickly rented a few spaces in advance in the exact areas they would visit in a few months.

Like the other sharing economy solutions, everything was facilitated through the cloud and mobile computing apps. This was a big relief for the couple, knowing they had an easily accessible and safe place to park in advance.

Jim and Fran felt like they’d already been on a fun adventure just planning their vacation, which was accomplished completely through the sharing economy. They weren’t particularly computer savvy people, but using the cloud and mobile computing apps was simple, and even easier than traditional services. Some of the solutions simply wouldn’t have been available through traditional methods, and overall their cost savings was significant.

This fictional story illustrates how amazing the sharing economy is becoming, offering solutions for nearly anything people can think of. Broker services are providing the platform for regular people to help other people, and all three parties benefit in the end. Not only are sharing economy apps useful and convenient, but also fun and interesting.

ParqEx is a technology company that connects owners of private parking spots to people looking for parking in urban areas. The ParqEx cloud and mobile computing app is available for people to find parking solutions in 7 different metropolitan cities, including: Boston, Washington D.C., San Francisco, Los Angeles, Miami, Philadelphia, and Chicago (where we’re based). Please contact us today to learn more.