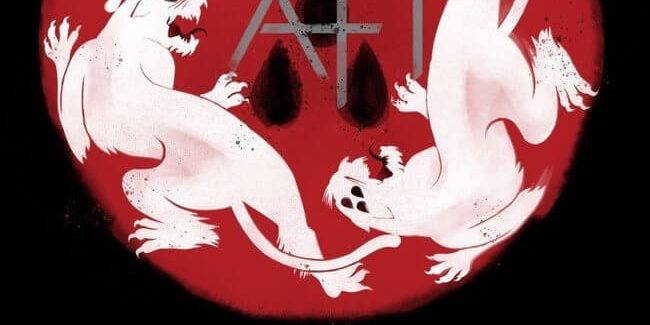 Special offer! A digital download of AFI’s forthcoming album, AFI (The Blood Album), is included with every ticket you order for this show. You will receive an email with instructions on how to receive your download following your ticket purchase.

“My brothers and I were surrounded by music growing up,” explains Kamtin Mohager, the shape-shifting singer/multi-instrumentalist behind the Chain Gang of 1974. “Not Beatles albums or anything like that; more like the Persian records our parents played all the time. And when we got older, it was up to us to discover everything.” Born in San Jose and raised in Hawaii, Mohager spent his first 13 years obsessing over inline hockey and the idea of being drafted by the NHL one day. A series of life-changing events were set in motion once Mohager’s family moved to Colorado, however. The first of which involved the final scene from Real Genius—quite possibly Val Kilmer’s finest hour—and its penultimate ‘popcorn song’, a.k.a. “Everybody Rules the World.” “I love ’80s music, but not typical new-wave stuff,” says Mohager. “Like I’m way into Tears For Fears and Talk Talk, the other side of the spectrum, really.” That’s abundantly clear on White Guts, a record that’s nearly as restless as Chain Gang’s previous collection of early recordings, Fantastic Nostalgic. The way Mohager sees it, his first proper release was “all over the place, from a piano ballad to songs that sound like Black Rebel Motorcycle Club, Primal Scream or Justice.” White Guts, on the other hand, funnels three years of instrument-swapping, sample-splicing experience into a lean, focused listen. So while “Stop!” and the rather epic “Hold On” hint at everything from LCD Soundsystem to Talking Heads, they make perfect sense in the context of deep cuts like the synth-flecked “Don’t Walk Away” and bass-guided “Matter of Time,” shimmering power ballads that could have been on the soundtrack of Sixteen Candles or Pretty in Pink. What sets the Chain Gang of 1974 apart from other Reagan-era revivalists is Mohager’s innate sense of rhythm, a skill he acquired at an early age. And we’re not just talking about his parents’ punchy, groove-riding record collection. We’re talking about family gatherings and traditions that taught Mohager how to make a crowd of cool kids uncross their arms and dance like there’s pistols pointed at their feet. “Everyone lets loose at our shows,” says Mohager. “It’s a party, man. If only I had a dollar for every time someone bum-rushed the stage or grabbed one of our instruments.” Things are bound to get worse, too, as his live band—a quartet that’s a far cry from Mohager’s original iPod/bass setup—spends the next six months spreading the Chain Gang gospel far beyond its Rocky Mountain beginnings. Or as the man behind every last beat puts it, “I’m letting the music just be, and if something’s meant to happen, it’s meant to happen.”