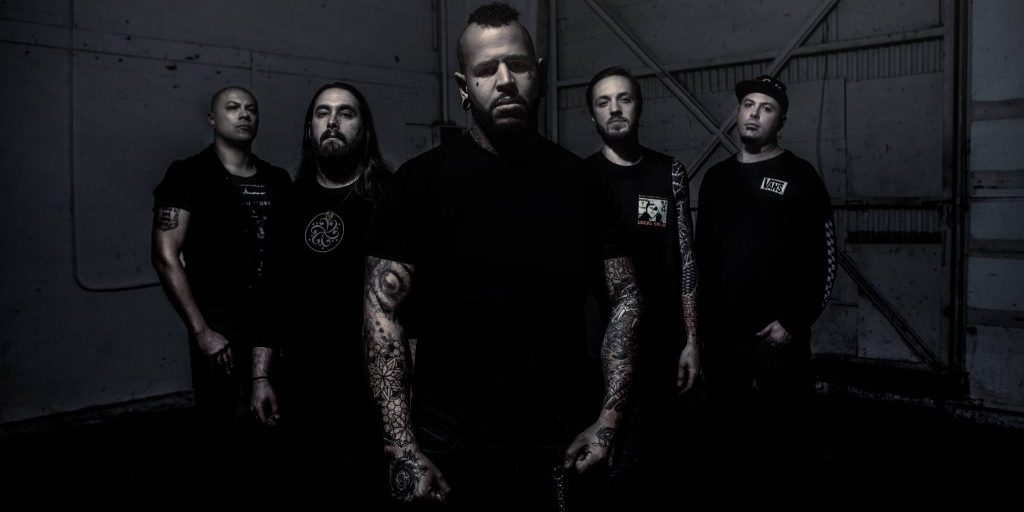 Bad Wolves aren’t just a band, they’re a sonic wrecking ball that’s destroying everything in their path. The act — which is composed of drummer John Boecklin (ex-Devildriver), vocalist Tommy Vext (Divine Heresy, Snot) as well as guitarists Doc Coyle (ex-God Forbid), Chris Cain (Bury Your Dead) and bassist Kyle Konkiel (ex-In This Moment), may seem like they just exploded onto the scene, but the idea has been percolating in Boecklin and Vext’s heads since 2015. “When I heard the initial batch of songs I was really impressed because what John was doing was very creatively experimental and it gave me an opportunity to also do more vocally experimental things,” Vext explains. The result is of this joint effort is Disobey, an album that music fans have been clamoring for and that has already birthed a viral single via their impassioned (and seemingly ubiquitous) cover of the Cranberries’ 1993 protest song, “Zombie,” which has racked up over 33 million views over Facebook and YouTube, hit #1 on Spotify’s viral chart in over 40 countries countries and gone to #1 on the iTunes songs chart.