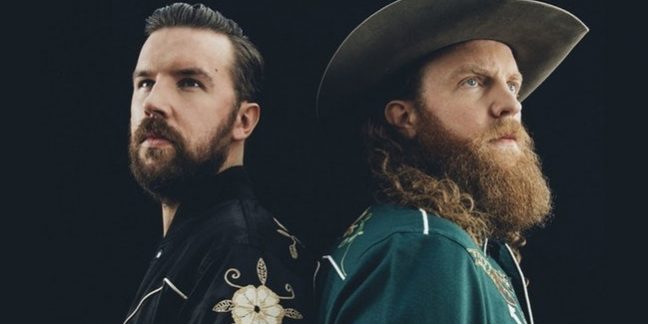 Brothers Osborne is an American country music duo consisting of brothers T.J. Osborne (lead vocals) and John Osborne (guitar, background vocals). They won “Vocal Duo of the Year” at the 52nd Annual CMA Awards in November, 2018 for the third straight year. They are signed to EMI Nashville and have released a self-titled extended play album and two studio albums: Pawn Shop and Port Saint Joe. The duo has released six singles including “Stay a Little Longer”, which charted at No. 4 on Hot Country Songs and No. 2 on Country Airplay in 2016. The duo’s albums were both produced by Jay Joyce, and consist largely of songs that both brothers wrote with a number of collaborators. Artists with whom they have collaborated include David Nail, Dierks Bentley, Lee Ann Womack, and Lucie Silvas, the last of whom is John’s wife. The musical style of the duo takes influence from Southern rock, outlaw country, and neotraditional country.