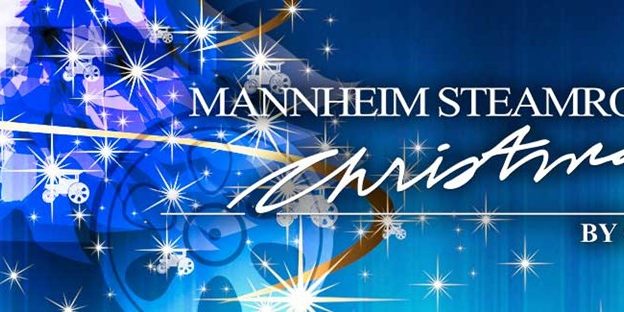 Mannheim Steamroller Christmas by Chip Davis has been America’s favorite holiday tradition.   Grammy Award winner Chip Davis has created a show that features the beloved Christmas music along with dazzling multimedia effects performed in an intimate setting.  The spirit of the season comes alive with the signature sound of their music.   Join in the celebration of Christmas.  Don’t miss this ultimate holiday tradition from the #1 Christmas music artist in history!

They are an American Neoclassical new-age music group founded by Chip Davis, that is known primarily for its Fresh Aire series of albums, which blend classical music with elements of new age and rock, and for its modern recordings of Christmas music. The group has sold 28 million albums in the U.S. alone.

They began as an alias for record producer and composer Chip Davis. The name “Mannheim Steamroller” comes from an 18th-century German musical technique, Mannheim roller (German: Mannheimer Walze), a crescendo passage having a rising melodic line over an ostinato bass line, popularized by the Mannheim school of composition. Before the fame of Steamroller, Davis had been best known for collaborating with his friend Bill Fries on the songs of the country music character “C. W. McCall” (of “Convoy” fame). Even before the height of McCall’s popularity, Davis produced an unusual album of classical music performed entirely by Davis and musical collaborator and keyboardist Jackson Berkey, using electric bass (played by Eric Hansen) and synthesizers.